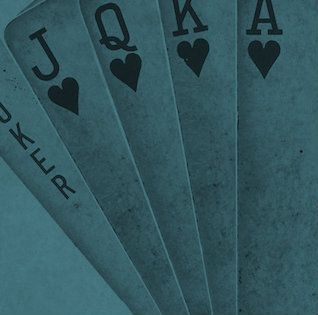 A look in the history of Poker

Poker is by far one of the most popular card games among both professional and recreational players. Almost everyone nowadays has played a game or two. Whether it was with a group of friends, online, or during a tournament, we’re all relatively familiar with it. But where does poker originate from? There’s quite a lack of clarity and confusion about where this particular card game came from exactly. From what we know, card games have been around for at least 1000 years. The first signs of a game with actual cards dates back to around 950 when a Chinese emperor, Mu-Tsung, celebrated the new year with his wife by playing a festive game of chance that showed similarities to domino.

Although this is the first time a game with cards was mentioned in history, the actual game had no further similarities with poker other than that both games use cards. When it comes to an early poker game, historians refer a lot to the old Persian game As Nas. This game consisted of a deck of card that had five different designs, with 4 or 5 copies of each design. Therefore the game had a deck of 20 to 25 cards. As Nas has a lot of similarities with the current game of poker. The game was played by four players who were each dealt five cards. The game continued with the player betting on who had the hand with the highest value, and had the option to place a bet or fold throughout the game. Bluffing was already existing and winning hands including a pair, two pair and three of kind.

The modern poker that we know now didn’t make a proper appearance until the 19th century. An old English actor mentioned that poker was player in New Orleans in 1829. During this time the card deck counted 20 cards and the game had four players. The spreading of the game can be explained by the Mississippi riverboats that would go down the river during the gold rush period. Playing cards was a favorite pastime for passengers on-board, who in turn taught new people whenever they went onshore. Through the years more cards were added to the deck, and different variations of the game were created.

The 1970’s were crucial for the increase in popularity as this was the year the first ever World Series of Poker was held. However it wasn’t until the 21st century, with the rise of online poker, that poker really became the loved game of chance we know now. People over the entire world regularly organize friendly poker games between friends, or enter proper tournaments where millions can be won. In a large amount of countries it’s illegal to offer poker online, and thus many online casino’s settle in exotic locations to bypass such rules and make the most beloved card game available to fans all around the world.