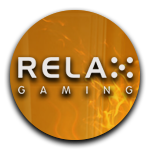 If you want to relax and have some fun at an online casino, then there is one brand that you might become especially attracted to. Because there is one relatively new games developer around which is called Relax Gaming (or RG). Don’t let the name fool you, though... You could get to enjoy some serious relaxation by making use of their products, while the opposite may also take place. Because they offer plenty of opportunities for you to run into a big win. And that should definitely get the blood pumping! We've dedicated this page to provide you with as much information about this developer as possible. Continue reading for more info on the company, some of their best slots and ofcourse which online casinos you can visit to play Relax Gaming slots.

Would you rather play Relax Gaming slots immediately instead of reading more about this provider? Then we recommend you check out one of the casinos mentioned below. You can read the full review about each casino on our site, or click on the lower buttons to directly visit the casino. Each casino has a valid gambling licence. 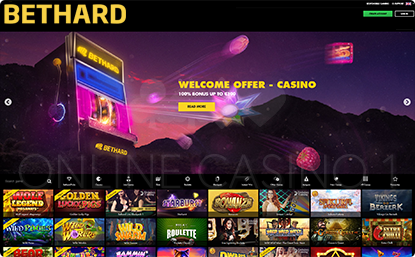 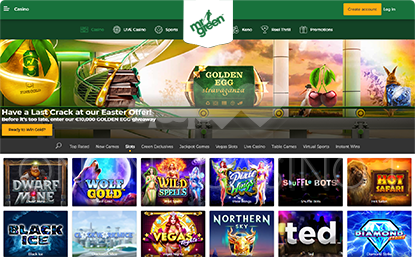 The background of Relax Gaming

The Relax Gaming brand has only been around since 2010, but they have already made quite the name for themselves. They started with a vision of pushing the boundaries of gambling with modern and innovative technology. Although, in all fairness, that’s what they all say. But they quickly partnered with Unibet, which is of course one of the biggest names you can possibly think of. This cooperation has been ongoing since the very beginning and it is still going on today. That means you can find the games by Relax Gaming at Unibet as we speak, while the company has grown quite a bit as well.

While they originally started in a pub in Malta, they now have offices in St Julian’s (Malta), Le Val (Alderney), Tallinn (Estonia), Malmö (Sweden) and Helsinki (Finland). And their work force has also increased from just a handful of people to a significant number of employees. In addition, their games are licensed by the Malta Gaming Authority (MGA), the Alderney Gambling Control Commission, the UK Gambling Commission (UKGC) and the Romania ONJN. Especially the Romanian one was quite impressive, as they were one of the first companies to receive such a license. And so, as you can see, they have expanded to all corners of Europe in just a couple of years. They must be doing something right!

Try your luck with bingo or poker

Since the COO of Relax Gaming has an extensive background in bingo and poker, it makes sense that those are the games they started off with. Firstly, they managed to make online poker fun again by developing a game called Unibet Poker. This is an extremely simplified version of the game which allows for a fun experience for both poker pros and amateurs. It includes many different game types, like Texas Hold ‘Em NL, Omaha PL and Fast Fold, and it is designed for both sit-and-go events and tournaments.

Just like online poker, bingo seemed to be a thing of the past. But RG understood that there are still plenty of people who are interested in such a game. This developer got older as well as younger players attracted to bingo by coming up with its bingo network in conjunction with Unibet. You can now find their bingo games at numerous online casinos and they seem to be doing quite well. That means you can play their poker games and their bingo games for real money at different gambling sites, but that isn’t where the story ends.

In recent years, RG have now broadened their range of products into multiple verticals, meaning they now also offer a bunch of different casino products. Of course, their slots portfolio cannot be compared to some of the bigger names in the business. But the titles that are out there right now are nothing to sneeze at. You can now play classic Relax Gaming slots like Jackpot 10,000 and Jackpot 20,000, while there are also a couple of very fun videoslots to be played, like Blender Blast and Dragons Awakening.

But that isn’t where the story ends. As if their new casino games weren’t impressive enough already, RG also decided to buy a license from Big Time Gaming in order to use the Megaways feature! Because of that, we can now enjoy the Temple Tumble Megaways slot. It doesn’t look all that flashy and its animations aren’t all that amazing, either. But it does offer plenty of fantastic bonus features like multipliers, extra spins and wild symbols… Plus up to 46,656 different pay lines! The Megaways feature is slightly different than in most other games, though. Because in this case, the symbols don’t become bigger or smaller in order to fit on the reels. Instead, there are six reels with six squares each. And you will fine a minimum of 1 and a maximum of 6 characters on every reel during every spin. So, the idea remains the same, but it looks slightly different.