Funky Seventies takes you back to a time when platforms were high and hair was huge! This brilliant slot has it all – Cool seventies music jamming in the background , symbols that take you back to when you had to rewind the cassette to hear your favourite tune and the cinema was called a see-o-matic. The wild seventies symbols and scatter cards are a great feature so get your disco balls out and your platform boots on for this ride back in time! But the platforms weren’t the only thing that is stacked in this online casino slot game, the wilds are just a stacked! If you get more than one wild symbol on a reel then they will turn into a stacked wild for more chances to win on any of the bet lines.

What a decade the Funky Seventies were, it saw the continue of political awareness as well as women’s rights go from strength to strength. It also saw the use of hallucinogens as opposed to the marijuana smoking culture of the 1960’s. This was a time when people started to reflect on themselves rather than the hippie communities of the sixties, where it was all about community and free love. The seventies saw the birth of the microwave oven, VCR’s and the walkman. Feminism was at an all time high with woman becoming leader figures in several countries around the world. It was also the decade when many cult movies were released that today have become classics such as Jaws, The Godfather and Saturday Night Fever. So if you still have your lava lamp in your front room this could be the slot for you.

These symbols can substitute any other symbols on the screen to give extra chances at making winning bet lines. The only symbol that can’t be substituted by this wild is the scatter symbol. If you spin more than 1 wild symbol on a reel, they will become an expanding wild giving you chances to make wins on all the lines that have a winning symbol combination. 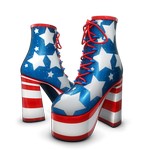 Bet lines, bet levels and coin value buttons can all be found in the center of this online casino slot game next to the spin button.

All game settings can be adjusted by pressing the spanner button on the left of the screen.